Esther Povitsky is a name you’ll soon be seeing everywhere. The 29-year-old first made a name for herself as a stand-up comic known as “Little Esther.” Lately, she’s played Maya on Crazy Ex-Girlfriend and co-created and stars in the brand new Freeform series Alone Together about that epic white whale: a platonic female-male friendship. Below she shares 18 fun facts about herself that will make you want to be her BFF instantly. Enjoy.

1. One of my best friends is fashion blogger Rumi Neely.

2. I was a dance major in college. 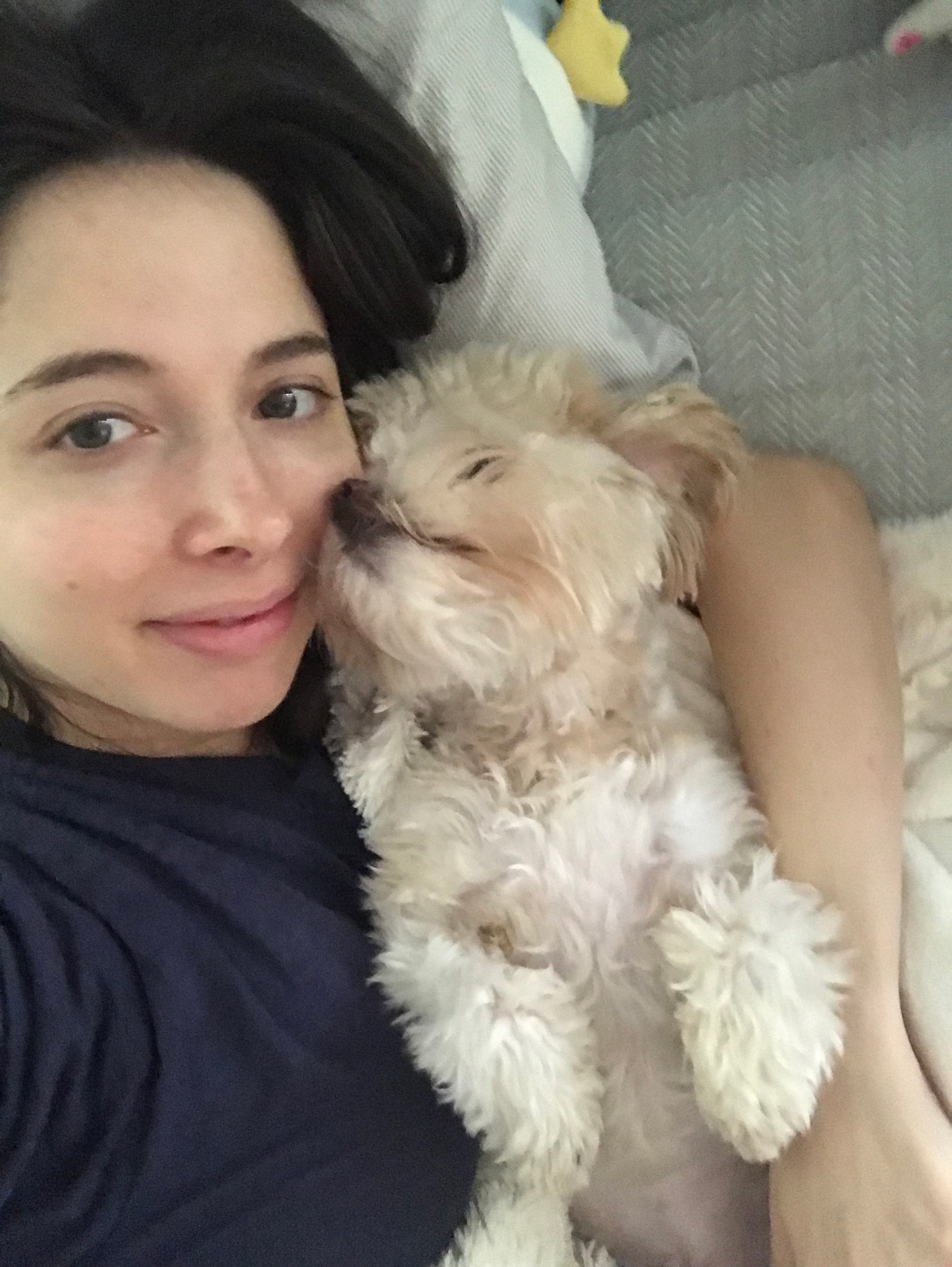 6. I always wanted to be a Rockette but I’m not tall enough.

7. When I was little I thought my celebrity look-alike was Alicia Silverstone until my mom corrected me and said it was Janeane Garafalo.

8. I once jumped the fence at a cemetery to visit Marilyn Monroe’s grave in the dark.

9. I’m obsessed with beauty and food and host a podcast about it called Glowing Up. 12. My favorite state is Minnesota.

13. I gained 30 pounds my freshman year of college and when I came home for winter break my mom bought me maternity clothes.

14. I think the most controversial thing about me is that I love black licorice.

15. I’m not a morning person but I keep trying and pretending to be because I love the world’s vibe at 6 a.m. Does that mean I am one?!

16. I was a hand model in the American Girl Doll catalogue.

17. My first TV appearance was playing the handbells on an episode of New Girl — we had a really strict handbell coach and it stressed me out.

18. I have a surveillance camera in my parents’ living room so when I’m home sick I can see their dogs sleep at night. Catch the premiere Alone Together tonight at 8:30/7:30c on Freeform.

When You’re Black and Trans, There Are No Safe Spaces

Is Max on ‘Zoey’s Extraordinary Playlist’ the Nicest Jewish Man on Television?