Stop everything. Daveed Diggs, star of Hamilton, Blindspotting, and our hearts, has released a Hanukkah song and it’s the only thing that matters.

The song is called “Puppy for Hanukkah,” and it is a masterpiece. The track tells the story of someone who really, really wants a puppy for Hanukkah. There’s also a music video, starring three very cute kids.

The first verse kicks off with, “Some kids write lists for their Christmas gifts and send ’em all off to their Santas / but I don’t trip off a list for my gift Imma get it because I got eight chances.”

And then we get to the presents. Night one: socks. (Classic!!! Who among us has not gotten socks on Hanukkah?) 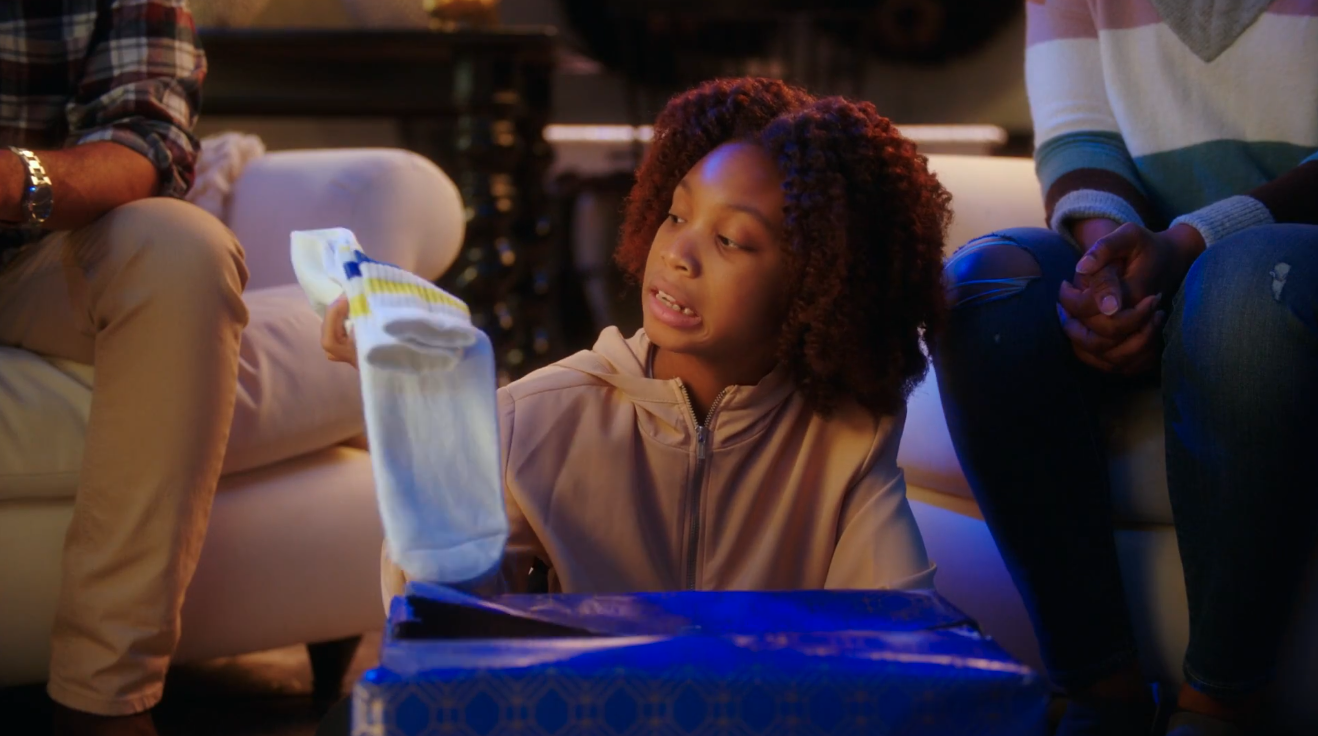 Night two: He eats latkes with sour cream (“the bestest dip“) until his dad tells him to “say the bracha [blessing] first.” So Diggs replies, “Adonai ain’t gonna trip,” which is absolutely my new favorite lyric, no question.

Then, friends, he recites the whole prayer — autotuned, of course — singing, “Baruch atah Adonai, Eloheinu melech ha-olam asher kid’shanu b’mitzvotav v’tzivanu l’hadlik neir shel Hanukkah.” How many times have you heard the Hanukkah prayer in a rap song!?!? And then Diggs raps, “The blessing is a bop now I’ve said it / not sure what it means but I learned it phonetic.” (Same, Daveed, same.) By night five, he’s gotten hats and mittens and a sweater and socks, but no puppy.

But then… on the last night… after his menorah is covered in wax… he gets… wait for it… a puppy! “You’re my puppy for Hanukkah / Imma name you Monica,” he raps, then says, “Probably not, that’s a weird name for a dog / but it rhymes with Hanukkah.”

The song was written and produced by Diggs with his creative partners William Hutson and Jonathan Snipes, who also make up the experimental hip hop group clipping., and is being released by the Disney Channel. (And yes, it’s already at the top of Pandora’s “Festival of Lights” playlist.)

Trust me, you’ll want to watch the whole music video. Shout-out to the kids lip syncing along to Diggs, dancing, and playing with puppies:

Diggs is one of the most visible Black Jewish celebrities, so to hear him singing and rapping about Hanukkah is a true treat.

“I went to Hebrew school, but opted out of a bar mitzvah,” Diggs has said of his Jewish upbringing. “My mom is a white Jewish lady and my dad is Black. The cultures never seemed separate — I had a lot of mixed friends. When I was young, I identified with being Jewish, but I embraced my dad’s side too.”

Happy Hanukkah, Daveed Diggs. May we all get puppies for Hanukkah.