Take a deep breath. Listen to “Werewolf Bar Mitzvah” approximately 30 times. Then make your way through the unofficial guide to the lyrics of the most important Halloween song of our generation.

Producer (Donald Glover): Aw man, Tray, look up at the sky! It’s a full moon… on the Sabbath.
Tracy Jordan (Tracy Morgan): This is… scary!
Producer: Break it down.

Break it down we will: This song began in a 30 Rock episode that aired on October 11, 2007 as an eight-second bit just nine minutes and 25 seconds into the episode. For those who haven’t memorized this scene, Angie brings Tracy a box of his things (they were in a fight); he pulls out the key to the city of Gary, Indiana, and then: his gold record to a novelty party song. Quick flash to the music video for “Werewolf Bar Mitzvah,” in the album An Evening With Tracy Jordan (released by Geffen Records). By minute 9:33, it was all over.

Afterwards, 30 Rock decided to release the sketch as a full tune. Thank God.

I was working late on my Haftarah
When I heard a knock on my bedroom-doorah
I opened it up and to my surprise
There was a werewolf standing there with glowing gold eyes
He says, tomorrow my son you will be a man
But tonight’s the time to join the wolfen clan
Tomorrow you will stand at the bimah and pray
But tonight let’s gaze at the moon and bay

Let’s unpack this first verse: Tracy is embodying a young boy who is preparing diligently for his bar mitzvah the night before. (He probably already finished the Friday night service.) He is studying his Haftarah, when suddenly, a werewolf knocks on his door. The werewolf tells him tomorrow he will be called to the bimah to become a man; which means the night in question is a Friday.

The song is only specified to have premiered in the 1980s, and we’re assuming this song is in October (spooky, scary). Another reason why this song is in October: The episode itself aired in October. Therefore… the night described in the song must’ve been Oct 21, 1983, full moon and a Friday. (Note: another full moon was Oct 17, 1986, but we’re going with the date closer to Halloween. Again: spooky, scary.) Which means we can tell you what must’ve been the Haftarah portion… (Oh yes, we’re doing this.) 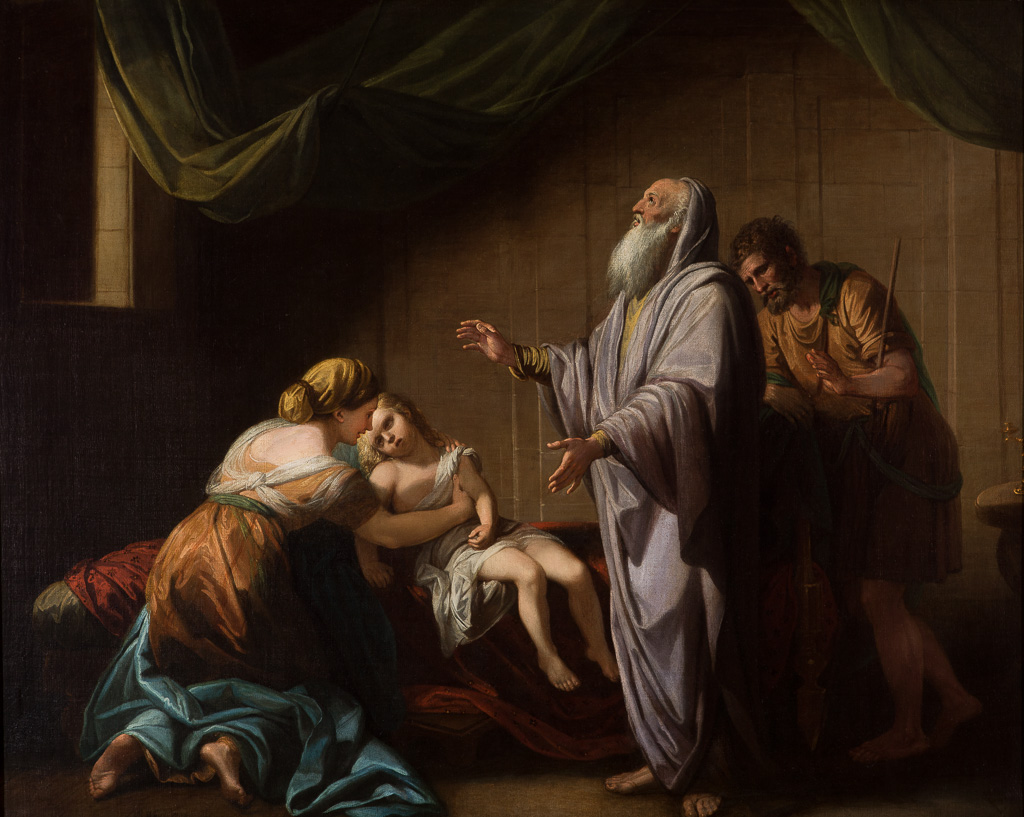 Elisha ends up reviving the woman’s son on a day that was “neither new moon nor sabbath.” Spooky coincidence? The Haftarah portion was the opposite of the Sabbath full moon that young Tracy was to be bar mitzvahed. So now we know the Haftarah of “Werewolf Bar Mitzvah.” Mic drop.

Just kidding, there’s the rest of the song…..

The classic refrain that will be stuck in your head forever.

Producer: Alright, that was great Tray. Ok, it’s over. That’s a wrap! Oh-
Tracy: The next day what happened, the Talmud didn’t teach
Producer: Oh, there’s more…
Tracy: I got up in front of everyone to give my little speech
Then my teeth turned into fangs and my nails into claws
And I nearly dropped the Torah when my hands turned into paws
I growled and I roared and my rabbi did as well
It was a rocking werewolf zoo at Temple Beth-Emmanuel
Producer: Ey man, where’d you learn all these Jewish words?
Tracy: My manager, Harvey Lemmings.

The Producer (an excellent Donald Glover) thinks the song is over. But no—Tracy has the rest of his story to tell. Because when he went up to the bimah at Temple Beth-Emmanuel (not a real synagogue, unfortunately), he started transforming into a werewolf. He almost dropped the Torah, but didn’t, because #blessed.

I wonder if there were other werewolves at Temple Beth-Emmanuel: Tracey does say it was a “rocking werewolf zoo,” and there usually isn’t only one animal in a zoo. Maybe it’s a whole tribe of Jewish werewolves! Gasp!!!

Tracy: Werewolf bar mitzvah
Spooky scary
Boys becoming men
Men becoming wolves
Producer: I don’t… I-I just don’t think this… the idea of the song can sustain itself for that long because it… it seems a little sweaty now, so…
Tracy: This whole premise is sweaty.

Back to the chorus. Love the idea that the premise of the song is “sweaty.” We would also say, in the words of Lady Gaga, “Talented, brilliant, incredible, amazing, show stopping, spectacular, never the same, totally unique, completely not ever been done before, unafraid to reference or not reference, put it in a blender, shit on it, vomit on it, eat it, give birth to it.”

We had a reception at the Larchmont Country Club
They served a real nice brisket and an eight foot party sub
I danced with my cousins, I got money from my folks
We had a lot of fun making circumcision jokes

TBH, this sounds exactly like every single bar mitzvah I ever went to. And while the Larchmont Country Club is actually more pretentiously named the “Larchmont Shore Club” in Westchester County, New York, it has hosted many a bar and bat mitzvah.

Then I remembered the premise of my song
I was at a nice reception but the werewolf part was gone
So we pulled ourselves together and we’re wolfmen again
Just in time for monster fight to begin
All the country club employees were brainsucking pack
Who had all turned into zombies and were on the attack
So we fought them and some draculas and frankensteins too
Cause you gotta love bar mitzvah, even if you’re not a [Arooo~!]

Tracy gets so caught up in describing the bar mitzvah (I wonder if it was Halloween themed?), that he quickly pivots back to the monsters. The employees become zombies and then draculas and frankensteins appear (Steins, obviously, a Jewish name). And he professes his love for bar mitzvahs even though he’s not a Jew.

Tracy: I don’t want this… I don’t like this… this is scary! Turning into werewolves and stuff, you know?Producer: I dunno Tray, I’m not feeling it. This ain’t no “Dick In A Box”.
Tracy: [Arooououou!]
Producer: Mazel tov.

OK I’d like to say that there should be a plural Frankenstein, and Frankensteins makes the most sense. Also, note the change in the second refrain of the chorus from “spooky scary” to “kooky hairy.” A nice change to describe both werewolves and most Jews.

While “Werewolf Bar Mitzvah” is no “Dick In A Box” (starring NJB Andy Sandberg), it’s better. The song’s writer tells the New York Times, “I imagined that Tracy probably went to a bar mitzvah and thought, ‘Why are there no bar mitzvah songs playing at this party?’” Now there’s a bar mitzvah song to play at every bar (and bat) mitzvah *and* every Halloween party.