There aren’t many Jewish gifs to use. Searching “Jewish” in Giphy comes up with an assortment of Seinfeld gifs, Andy Samberg bobbing as a rabbi with the text “Shabbat Shalom” across the bottom, and some Broad City gems. “Judaism” is worse; basically all you’ll get are some images of menorahs, a really weird apple with a tongue out that says “Shanah Tovah,” and some random people shaking a lulav and etrog.

That’s why my go-to gif has been Schmidt (Max Greenfield), our beloved Jewish character from New Girl, saying “Judaism, son!”

Talking about the pros and cons of going on Birthright? “Judaism, son.”

Reading about how the Torah defines gender identity? “Judaism, son.”

I can keep going…

But, I never really knew the full context of this gif, or the fact that it comes from a scene about Hanukkah. I discovered this accidentally (while searching for the gif to use, duh) and found a new version mentioning a menorah.

The scene is in season 1, episode 9, when Jess, Nick, Winston, and Schmidt are driving down “Candy Cane Lane.” Winston points out a menorah, Schmidt says, “Oh, a menorah…” (with a weird intonation), then the iconic line: “Judaism, son.” (You can watch it here.) 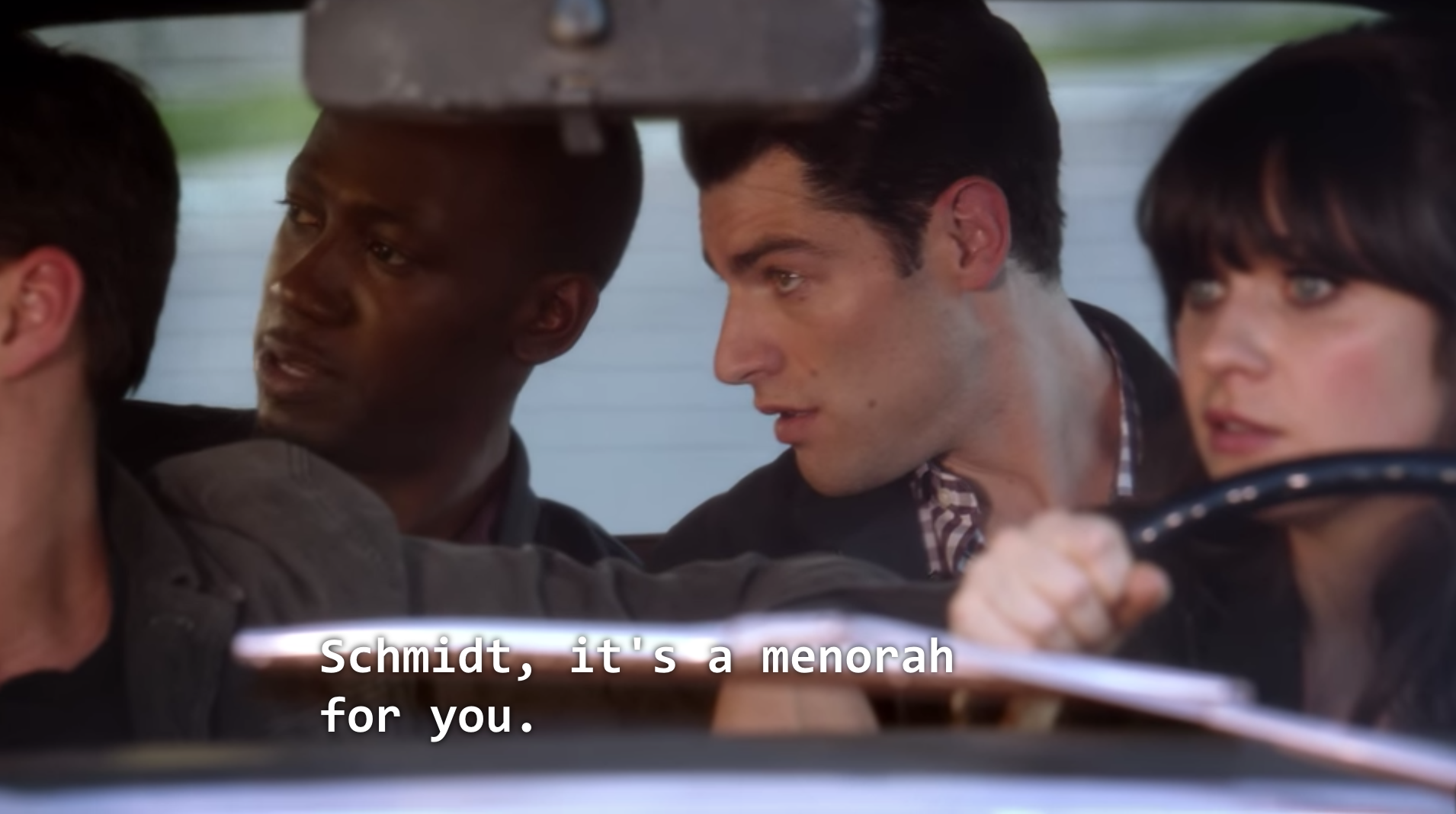 While Schmidt is saying “Judaism, son” to seeing a menorah in a very Christmas-y context, we say “Judaism, son” to many things. To the new bagel emoji! To Barbra Streisand! To Meghan Markle’s “chai maintenance” shirt! To LITERALLY EVERYTHING ON HEYALMA.COM!

This scene honestly will go down in Jewish pop culture history even though it is so short. There are so few “Jewish” popular gifs out there, we gotta use what we got.