John Mulaney’s very funny new stand-up special “Kid Gorgeous at Radio City” is worth your time. It’s even *more* worth your time because of his jokes about his wife, Anna. Anna is Jewish, John is Catholic, hilarity ensues.

We first got to know Anna in his first stand-up special, “New In Town,” when she was still his girlfriend. His really funny bit about dating Jewish girls is well worth a listen (we promise):

“And I really like dating Jewish women. They’re great, because like I think a lot of problems people have in relationships are with communication because guys don’t know what women are thinking. And with Jewish women, you do not have to guess what they are thinking…They will tell you.”

In his second special, “The Comeback Kid,” Mulaney talks about their wedding: “My wife is Jewish. She’s a New York Jew. I did it! Now, I was raised Catholic. I don’t know if you can tell that from the everything about me. My wife is Jewish, I grew up Catholic, so we got married by a friend. Being married by a friend is a beautiful ceremony that alienates both families’ religions, while confusing the elderly people at the wedding.”

But his third special is where his jokes about Anna really shine. Perhaps due to the growth in anti-Semitism in the country, or just the fact that they’ve now been married almost four years, Anna really shined through in the new special.

The best joke was the one about neo-Nazis (yes). 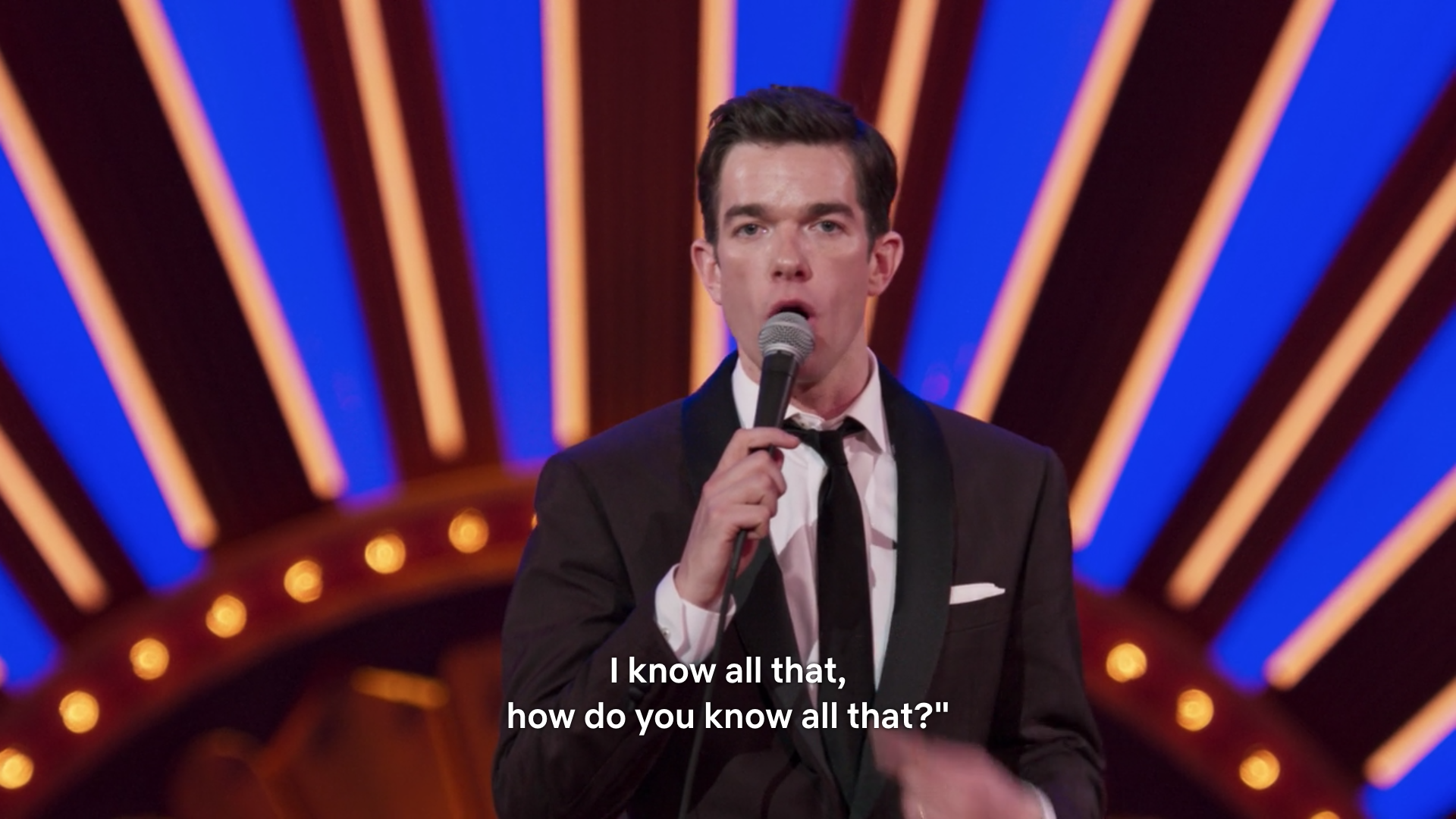 He jokes about how neo-Nazis complain Jews control everything and how they take over your life, pauses, then exclaims his wife is Jewish and lands the punch line: “I know all that, how do you know all that?” The delivery is spot-on, and it’s clear Mulaney truly loves and adores his wife.

In another bit, he talks about how he asked her if he could still joke about her on stage. Her only qualification for Mulaney’s jokes were that he not say she’s a bitch and that he doesn’t like her. Simple enough. If calling your partner a “dynamite Jewish bitch” isn’t true love, IDK WHAT IS.

In another bit, Mulaney is talking about how he and his wife wanted to get a painting of their dog, Petunia, in some biblical artwork. They joke they could get Petunia in The Last Supper, and do “all different French bulldogs as the different Apostles.”

And Anna goes, “We should have Petunia in the middle where Jesus is, in front of the turkey.” This kills John. Note: the delivery is way better than we could ever transcribe, so just go to minute 57 in the special.

“Wait, what did you just say? Did you say the turkey?”

And I said… “Would you just answer me one question. Do you think that in da Vinci’s The Last Supper, that Jesus of Nazareth is sitting in front of a turkey?”

Okay the rest of this joke in screenshots, because you deserve Mulaney’s facial expressions: It’s so fantastic how much Mulaney delights in Anna’s naiveté about anything Catholic, his impression of her indignant attitude over how fucked up the Catholic church is, and how she believed The Last Supper was a Thanksgiving dinner. Bless her.

One last joke, because it just demonstrates how much of a badass Anna is: Annamarie Tendler Mulaney, can we please be friends?