The year 2020 — well, post-March, 2020— is one we won’t forget anytime soon. From Zoom seders to Zoom Rosh Hashanah to Zoom Hanukkah, this year was marked by social distancing, quarantining, and the looming specter of the coronavirus pandemic.

Long-simmering anger erupted in June after the murders of George Floyd and Breonna Taylor, and Black Lives Matter protests ushered in a moment of racial reckoning in the Jewish community that we hope will last long past this year. We also mourned the loss of so many this year — to racist violence and the pandemic and everything in between — and found a new Hebrew mourning phrase to capture our feelings: “Yehi zichram mahapecha” or “May their memory be a revolution.” This phrase felt all the more apt when, on the first night of Rosh Hashanah and weeks before the presidential election, we lost Supreme Court Justice Ruth Bader Ginsburg.

But there was also joy and resilience and moments of celebration, largely thanks to the strength of the Jewish community and more visibility of Jews in the mainstream. There were some truly amazing moments of Jewish pop culture in 2020, from Taika Waititi winning an Oscar (yes, that was this year) to Unorthodox taking over Netflix to Daveed Diggs simply being Daveed Diggs.

We’re also proud of the work we’ve done here at Alma, and the amazing diversity of Jewish voices we’ve been able to amplify throughout the year. So, here are our top 10 most-read stories of 2020, in chronological order: “Hamantaschen were never supposed to represent Haman’s (boo!) ears or hat at all. Rather, they were meant to be a symbol of what the cookies obviously looks like: a vagina. (Note: Vagina is used colloquially, “vulva” is the more anatomically correct terminology.) Nu? How in the heck did a symbol for, as Ilana Glazer describes it, a “delicious, juicy” vagina, get warped into one for Haman (boo!)?”

In ‘Unorthodox,’ Shira Haas Brings a Smoldering and Sensitive Portrayal of an Ex-Hasidic Woman “One could say Shira Haas, who is 24, is wise beyond her years. But that feels like belittling and ageist bullshit. The truth is simple — Haas is fiercely passionate about acting, incredibly hardworking, and, well, a geek. She researches roles intensely. For Unorthodox, she learned Yiddish — and immersed herself in relevant literature and poetry.

I spent over 40 minutes talking to Haas, and I left the conversation giddy and refreshed, despite my bad connection (AT&T!!!). We switched between English and Hebrew until we finally settled on our mother tongue. Talking to artists about their art — and Haas is truly that, an artist — is a delightfully intoxicating experience. Haas’ passion is contagious, the kind of contagion I miss in these lonely days of pandemics. Her early success has left her with no airs. It’s not that she is modest or self-effacing — Haas has no reason to be either of those things. But she is simply genuine and unguarded. She opens up. She just wants to talk about this show. So we dive in.”

A Rabbi’s Cure for Coronavirus Anxiety “We don’t know how this is going to end. We don’t know who will get it, how many will die, and how much our lives will change in response. Now, I’m not a doctor, epidemiologist, sociologist, or psychologist. I’m a rabbi. I’m someone who does a lot of thinking about how to hold communities in moments of joy, fear, and pain — and, often, how to hold communities experiencing multitudes.

I’m also someone who gets anxious, especially about health. In fact — not gonna lie — I’m anxious right now. What if I have the virus? What if my parents — in good health but in their 60s — contract it? What about my grandparents in their 80s and 90s? What about everyone else? I don’t think, in a global moment unprecedented for our time, anxiety is unreasonable. I do think it’s easily taken to excess. So here, for me and for you and for all of us, are seven ways to remember to breathe in a world that is shaking.”

I Accidentally Started an Illegal Bakery “I’ve been operating an illegal bakery out of my apartment. At the time of writing this, it’s day 16 of social distancing and I’ve made 11 loaves of sourdough, three dozen bagels, seven challahs, two pies, a batch of brownies, and one loaf of banana bread. Every surface of my apartment is coated with a light dusting of flour. My roommate, Ryan, is fed up.” “While other brands make vague statements on equality, Ben & Jerry’s shows what being a socially responsible business really looks like. Also their ice cream is good.”

Ashkenormativity Is a Threat to All Jewish Communities “As an Ethiopian Jew living in America, it can be frustrating having to constantly feel like your identity is under suspicion by not only other Jews but also people who have absolutely no knowledge of Jews or Judaism. I’ve complained alongside my Moroccan, Yemeni, and Persian friends countless times about the different microaggressions and plain ignorance of our fellow Jews and non-Jews alike; this can range from a friend’s grandparent making an inappropriate remark to being held up at the airport as the TSA agent looks over your last name once again. I remember in eighth grade history class, hearing my teacher profess how “the Holocaust was stupid because Jews are essentially white.” As a young person who still had no clue how to react when an authority figure behaved ignorantly, all I could do was sit there in silence.

I will not be silent any longer.”

Who Can Play Jewish on TV, According to Me, a Jew “Hello. I am the authority on who can play Jewish characters on TV because I didn’t know that Jews were a minority until I was 10 and gentile was used as a four-letter word in my house.

In recent years, many actors have transcended these Jewish roles to become practically canonically Jewish. Is this kosher? Let’s let me, a Jew, decide.” “When Ruth Bader Ginsburg passed away on September 18, many took to social media to share sentiments like “may her memory be a blessing” and “may her memory be a revolution.” What do these phrases mean? Where did they originate? How should we use them? Let’s break it down.”

Is Roald Dahl’s ‘The Witches’ Antisemitic? “In Roald Dahl’s 1983 children’s dark fantasy book The Witches, the titular witches wear wigs, have ugly noses, print the world’s money, and though they are not numerous, are part of secret societies formed in every country. They are evil, and their stated goal is to kill the children of the world. Sound antisemitic? You wouldn’t be the first to think so. It doesn’t help that Dahl, while still beloved by many, was a notorious antisemite. So, is The Witches antisemitic? Let’s get into it.” 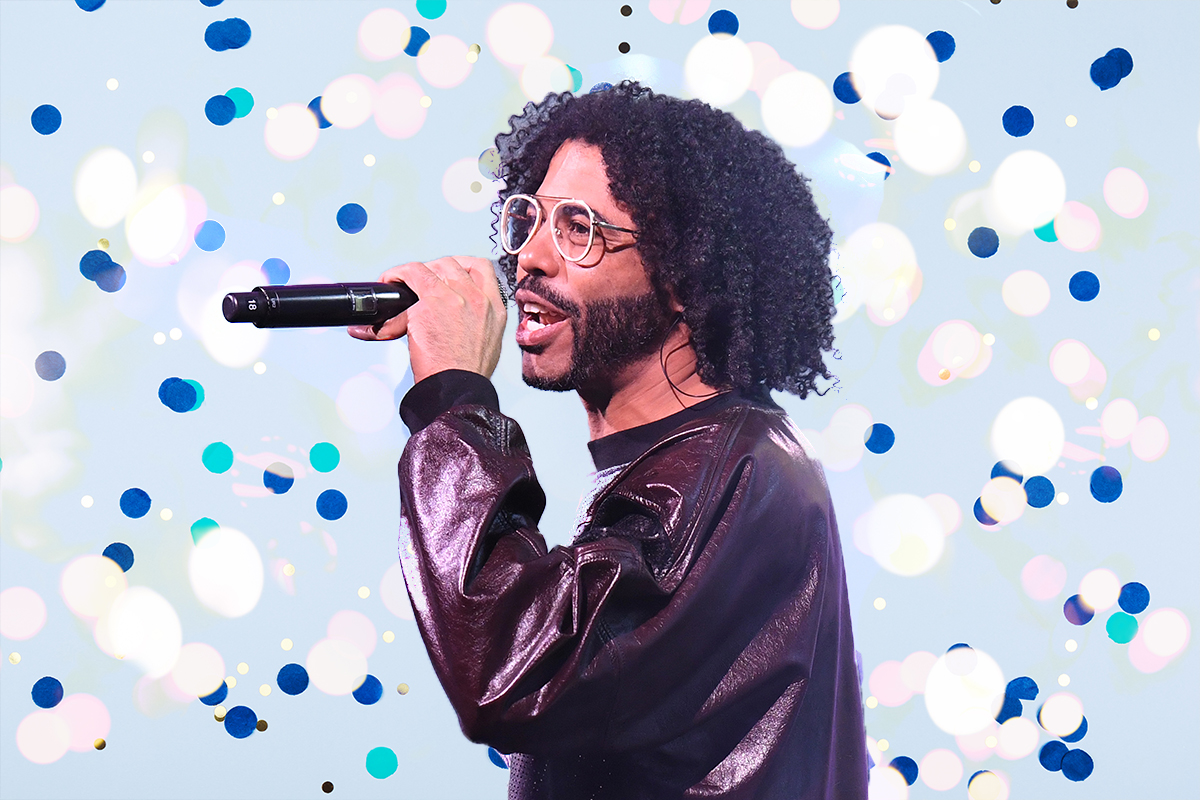 “Stop everything. Daveed Diggs, star of Hamilton, Blindspotting, and our hearts, has released a Hanukkah song and it’s the only thing that matters.”