I don’t look Jewish. Or at least, I don’t look stereotypically Jewish. I don’t look like Barbra Streisand, or Rachel Bloom, or Abbi Jacobson, or Ilana Glazer. While my name gives my roots away, my looks certainly do not.

When it comes down to it, I’m missing Jewish hair. The seemingly characteristic curly, sometimes unruly, thick mop of dark brown hair. Maybe also frizzy. Often thick on the arms and legs, and equally as dark.

It’s a sign of the tribe, so to speak, and something that Jewish women — and men, lest we forget the Jewfro — can connect about.

Growing up, I longed for this hair. I wanted it with every ounce of my being. I spent much of my childhood trying to get my thin, pin-straight, dark blonde hair to hold a curl. I tried all kinds of rollers, curling wands, wave-defining shampoos, salt-water sprays. My father, who raised me, had no idea how to handle the roller set I’d begged him to buy me. He wrapped my hair gingerly around each wobbly jelly roller and tried to be as encouraging as possible when the process managed to turn my hair even straighter than it had been before.

When I gave up on curling my hair, I turned to dying it. Every November I would buy a box of mahogany brown dye and, in the bathroom of my boarding school dorm room, empty its contents onto my strands. If it couldn’t be curly, at least it wouldn’t be so blonde. I was always known as the “Jewish one.” Growing up, I was religiously observant: blessings said before each meal cooked in our strictly kosher kitchen, the Shema recited before bed, mezuzot kissed upon leaving the house (not each room, I know – we were choosy). Judaism was, and still is, central to my identity. But no matter how many hours I studied for my bat mitzvah, no matter how many loaves of challah I braided, no matter how many days of school I missed for the High Holidays, something was still off.

I wanted desperately to look Jewish. Funny as that may sound, considering our history, it was an identity crisis for me. My mother is a convert, so I didn’t inherit any particularly Jew-y traits from her; she has the same thin hair and light eyes that I do. Sometimes I wonder if I felt that I had to prove my Jewishness through my looks because I wasn’t Jewish in the way everyone else was. But on my father’s 100%-Jewish-forever-and-forevermore side of the family, the women had the curly locks I dreamt of. Genetics had simply given my Jewish identity the finger.

Despite the fact that not all Jews look like the incredibly pervasive stereotype I’ve described above, it was the only one I’d been told about, so it was the one to which I aspired. It seemed that a struggle with one’s hair was a defining characteristic of Jewish identity. There are a million and one articles about “Jewish hair”: Women accepting their frizzy locks and body hair, giving up going blonde, throwing out their straighteners. Alma even has a whole section of stories dedicated to the perils of Jewish hair. I can relate to nearly none of them.

It’s a bit funny, and a bit creepy, to realize that the stereotypes we now predicate our Jewishness upon — curly brown hair and a sizeable schnoz — have, for centuries, been the ones used to set us apart in the most negative ways possible. Perhaps we celebrate them now as a way of owning them, as a way of saying “fuck you” to everyone who has tried to destroy us. And I’m here for that, but not at the cost of splintering our typically tight-knit community.

It goes without saying that the concept of “Jewish hair” is exclusionary. It’s based on stereotypes about white Jews, so it doesn’t include Jews of color at all, be they Black, Asian, Hispanic, or literally any other ethnicity. And that’s a pretty sizable group to leave out, especially when we’re living in a time when non-white Jews are more visible, yet still face racism from within the Jewish community. We are so quick and proud to claim the likes of Tiffany Haddish, Zoe Kravitz, Tracee Ellis Ross, and Drake as our own. But how contradictory can we be when we celebrate our diversity while at the same time insist that certain genetic characteristics — that so many in our group lack — are what make us who we are?

I understand the desire to want to unify, and I support it. But there are a thousand other ways to do it that won’t leave approximately half the community feeling left out. We rally behind our famous badass Jewish women; we look back on our incredible history filled with rich culture and resilience; we agree that most Ashkenazi food could maybe have been left behind in Eastern Europe (except for kugel). We don’t need to cling to primitive stereotypes to define our existence. 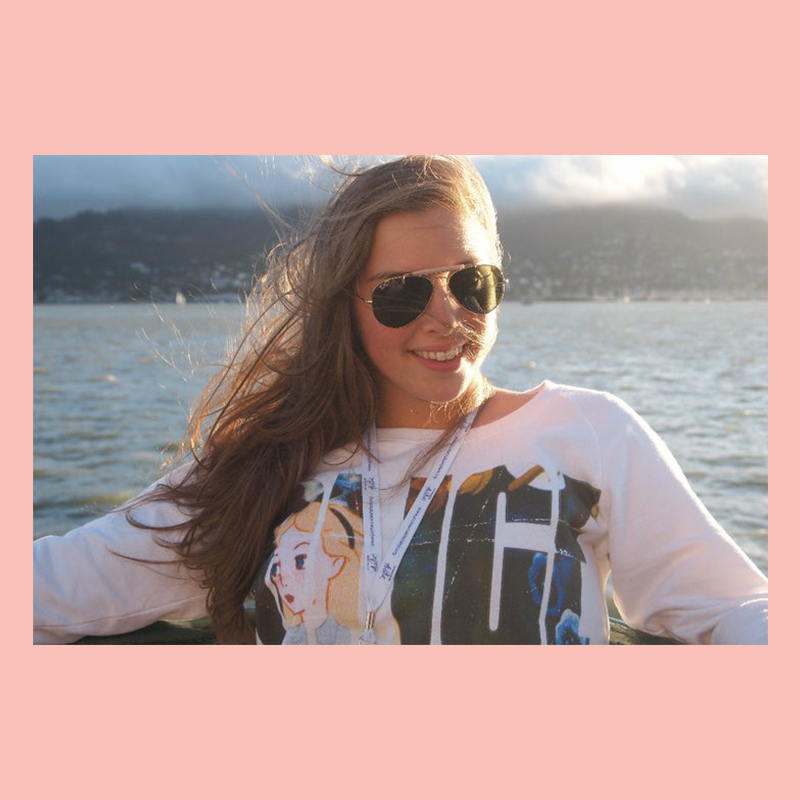 On that note, it turns out that when you get older and your hormones change, your hair can develop a bit of a wave to it. Mine has, ever so slightly, and I’ve done my darndest to accentuate this, to little avail. So I’m stuck: me and my un-Jewish hair, my little nose, my big green eyes.